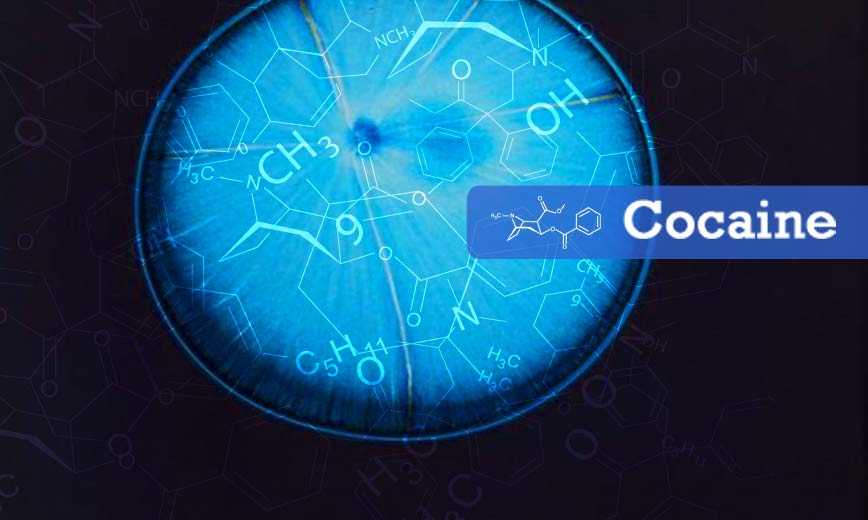 A brief history of cocaine

5000 BC: Fragment of pottery found by archaeologist Ronald K. Siegel depicts the use of coca leaf in an event that took place around this period.

3000 BC: Coca chewing is practiced throughout South America to help with working at high altitude and to stave off hunger. It is thought to be a gift from the Gods. Also used in embalming and trepanning (as a local anaesthetic). Also some evidence to suggest that it was used in Egypt at the same time.

1000 AD: Incan civilisation begins. The civilisation eventually rises to incorporate 75% of the Pacific coast of South America. Coca is very important to the Inca’s and is incorporated into almost every aspect of daily life including their measurement of distance and time. Cocada: The time it takes to use a wad of coca leaves and the distance covered in that time (approximately 45 minutes).

1400: Coca plantations are operated by the Incas in Peru. Chewed coca used on wounds as an anaesthetic.

1492: Columbus strikes land which he mistakes for China and begins a process which will swiftly bring about the fall of the Incan civilisation. The estimated population of the Incan empire 14,000,000.

1505: The first reports of coca use reach Europe.

Early 1500’s: First commercial production of coca by Europeans as holders of Spanish land grants are allowed to make their tax payments in coca leaves.

1548: Silver miners were getting through over half a million kilograms of coca per year.

1552: Because of inaccurate reports on coca the Catholic Church decide that they want to ban the use of the leaf (probably one of the first anti-drug campaigns).

1577: The Church withdrew there petition to ban coca some years earlier when a 10% tax was levied on its purchase. This tax was given to the Church and helped support its growth in South America.

1662: Abraham Cowley writes a poem titled ‘A legend of Coca’. This is the first independent mention of coca in English literature.

1708: German physician and botanist Herman Boerhaave first mentions coca with regards to a use as medicine.

1835 First accurate drawing of coca appears in popular English press. Drawing by Sir William Hooker who was then the director of Kew Gardens.

1860 Cocaine is first isolated from the coca leaf by Albert Neiman. He receives his PhD for his efforts.

1870: Vin Mariani (cocaine wine) is on sale throughout France and also exported. Bottles contain 7.2 mg per ounce of wine. The Dutch are growing coca in Indonesia and the British in Ceylon. Germany and the USA are getting crops from plantations in South America.

1878: Cocaine is held up as a wonder drug that can cure the morphine addiction faced by many American Civil War veterans. Dr W.H. Bentley publishes these findings in the Therapeutic Gazette.

1884: Cocaine is used as a local anaesthetic in eye surgery and receives much attention from the medical profession. Freud publishes ‘On Coca’ in which he recommends that cocaine be used in a variety of psychiatric conditions. More importantly, Freud saw cocaine as a cure for morphine dependency. Freud’s rashness and endorsement of cocaine led to a close friend, Fleischl-Marxow, dying in a very short period of time from using both cocaine and morphine in a ‘speedball’ combination. Freud also treats his depression with cocaine, and reports feeling “exhilaration and lasting euphoria, which is in no way differs from the normal euphoria of the healthy person. . . You perceive an increase in self-control and possess more vitality and capacity for work. . . . In other words, you are simply more normal, and it is soon hard to believe that you are under the influence of a drug.” [Quoted in Ernest Jones, *The Life and Work of Sigmund Freud, Vol. 1, p. 82]

Late 1800’s: The manufacture of refined cocaine starts. Coca plantations start to appear in areas other than South America, such as India and Indonesia.

Early 1900’s: The Pure Food and Drug Act was passed, forming the Food and Drug Administration and giving it power to regulate foods and drugs, and requiring labelling of contents on foods and drugs. Cocaine is withdrawn from tonics due to its adverse effects and addictive properties. Products containing cocaine had to be labelled as poisons. There was no distinction made between the cocaine content in elixirs, that tended to be weaker, and stronger, more potent patent medicines, that had more adverse affects.

1905: Snorting cocaine starts to become popular, particularly in the United States. It is carried around in small ornate boxes and snorted in a similar fashion as snuff. Early cocaine snorting was known as ‘cocaine snuffing’.

1910: The first case of nasal damage due to cocaine snorting reported in American medical literature. Harrods selling cocaine over the counter.

1911: 5’000 cocaine and heroin related deaths are reported by the U.S. government. To prolong the opium trade Britain forces the U.S.A. to put cocaine on the international drugs agenda.

1914: Cocaine and opiates are banned as illegal substances in the U.S.A under the Harrison Act. Start of 1st world war in Europe. Cocaine given to British troops in the form of ‘Forced March Tablets’.

1916: The Defence of the Realm Act introduced which makes it illegal for cocaine and morphine to be sold to British Armed Forces.

1920: Cocaine is banned as an illegal substance in the U.K. under the Dangerous Drugs Act. This started an illegal importation trade. Some enterprising traffickers used homing pigeons sent from France to bring in a gram at a time.

Early 1930’s: Japan is worlds leading cocaine producer, followed by the U.S.A., Germany, Great Britain and then France. China recovering from the British opium trade now have to endure Japan flooding the market with cocaine. Hitler condemns the use of cocaine, a popular society drug in the 1920s that the Nazis called “devil’s stuff”.

1950’s: Cocaine starting to regain popularity. Is used by the ‘Famous set’ where it begins to get its rich drug image, also very expensive at this time. Production has now shifted to South America though Peru was legally producing cocaine from 1880’s to 1950.

1960’s Cocaine regaining popularity with the drug revolution of the 60’s era. Media yet again play down its dependent qualities as in the late 1800’s. Importation starting to be controlled by the Cuban’s.

Early 1970’s: Freebase cocaine starts to be used. At first it is washed with ether and then ammonia. Columbians are now starting to gain control of the American and world market. USA is flooded with cocaine, especially Miami and New York.

Late 1970’s: Crack cocaine use starts in the United States. It is initially named ‘ready rock’ or ‘garbage freebase’ and later is called crack once it hit the New York street market. Crack becomes more popular because it is easier to mass-produce with the use of bicarbonate of soda and a microwave oven. During the 1970’s a small group of doctors in California prescribe ‘Esterene’ to chronic rheumatoid arthritis sufferers. Esterene was freebase cocaine prepared for nasal application.

1983: Crack cocaine starts to be sold in London. Crack utilises established dope dealing networks to begin to establish a foothold.]

1989: Robert Stutman addresses ACPO conference and helps introduce the strong stereotypes associated with crack. In one presentation he introduced the ideas that crack was almost instantly addictive, particularly attractive to young people, an incredibly violent drug and mainly controlled by Jamaicans.

1993: Crack/cocaine overtakes heroin in estimated importation amounts. 10 years after its introduction the first outreach services for crack users start to appear in London and Nottingham.

1995: Task force report on crack and cocaine published and outlines that crack users do not see drug services as being for them but were more focused on heroin users. First structured programmes for crack and cocaine users open.

2000: Crack and cocaine use increasing in the UK. It is being used as far south as Jersey and as far north as Aberdeen. It has spread to injecting users and is now also being distributed through heroin dealing networks. It is also gaining popularity within the dance drug culture / bars and clubs. 17 years after its introduction to the U.K. it is still marginalised as a drug with regards to treatment and national strategy.

2003: Crack and cocaine use is now beginning to be taken seriously by various government departments such as NTA, Home Office and Cabinet Office. This is helping to ensure that the issue is discussed and thought about. However the stereotypes and myths surrounding the use of this drug still continue to interfere with the development of rational policies and practice.

2008: COCA a UK charity that campaigned and supported professionals who worked with crack and cocaine users closes. Purity of cocaine has decreased in the UK. Mephedrone increases in popularity.

2010: Many stimulant specific services have closed due to lack of funding and crack cocaine support has been mainstreamed into generic services.

2014: Cocaine still number one Class A drug in the UK despite the increase in novel psychoactive substances (legal highs).

2015: Official figures suggest that the prevalence and purity of cocaine have increased in the UK.

2018: According to the European Monitoring Centre for Drugs and Drug Addiction, the UK is fast becoming the cocaine capital of Europe. Bristol ranks the number one place for cocaine use in the UK. The EU city with the highest cocaine use was found to be Barcelona.

2019: There has been a significant statistical increase in cocaine use among young people and adults in the UK. Cocaine related deaths have more than quadrupled in the past 5 years. COCA is relaunched in the the UK.

History of MDMA
Search for a course
Want to contact us?
London Courses