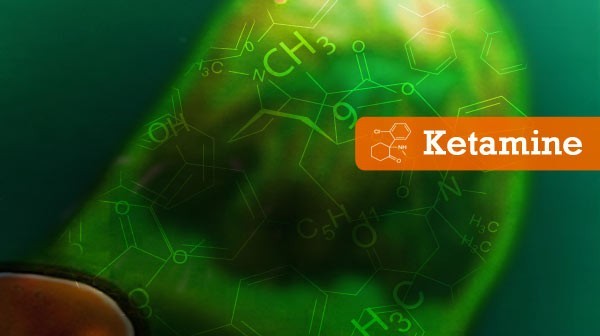 Ketamine hydrochloride has a wide range of effects on the human body including analgesia, anaesthesia and hallucinations.

Ketamine is primarily used as a general anaesthetic, usually in combination with some sedative drug. It is used in intensive care, for analgesia (particularly in emergency medicine), and treatment of bronchospasm. It is also an anaesthetic in veterinary medicine and often missed referred to as a ‘horse tranquilliser’. 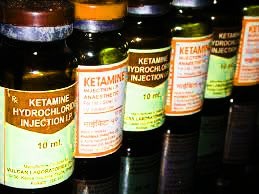 Ketamine can be sold in either powdered, crystal or liquid form. In powdered form, its appearance is similar to that of cocaine and can be snorted, injected, or placed in a drink. It is also possible to smoke the drug in a joint or pipe, usually mixed with cannabis and tobacco.

Ketamine is very short acting, its hallucinatory effects lasting fifteen minutes when snorted or ten minutes when injected and up to an hour when ingested, the total experience lasting no more than a couple of hours. The onset is much quicker if smoked 10-15 seconds or 30 seconds when injected. Smoking the drug is reported to have a fundamentally different experience. At lower doses ketamine can act as a stimulant and if injected could quickly suppress breathing. 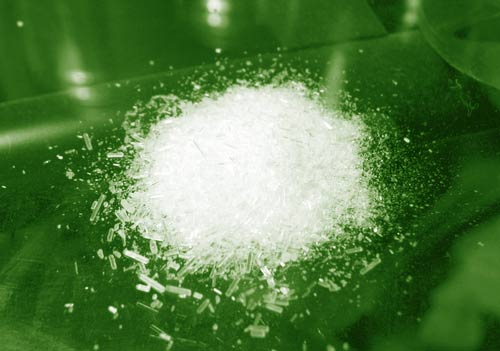 Ketamine experiences may involve reports of floating in the air or space, and these states may be described as ecstatic or insightful. This is commonly referred to as the ‘K Hole’.

Like other drugs of this class such as phencyclidine (PCP), ketamine induces a state referred to as ‘dissociative anaesthesia’ and is used as a recreational drug.

Ketamine is a core medicine in the World Health Organisation’s “Essential Drugs List”, which is a list of minimum medical needs for a basic health care system. It is not a tranquilliser and is used in the NHS not only on the young or elderly but is finding a much wider application among adults with regards to pain management and depression.

Daily users of ketamine are deemed to be psychologically dependent on the drug. There are no clear reports of a physical withdrawal syndrome from ketamine in humans that do not also involve other drugs.

On 21 June 2007, a Hong Kong Medical Journal posted a report regarding the misuse of ‘street ketamine’. The report suggested that long-term use may result in damage to the liver or urinary bladder, or even acute renal failure.

Cessation of ketamine use, with the addition of pentosan polysulfate, appeared to provide some symptomatic relief. Numerous other clinical and anecdotal reports from across the world are starting to see isolated incidences involving ketamine use and urinary tract, bladder and kidney damage.